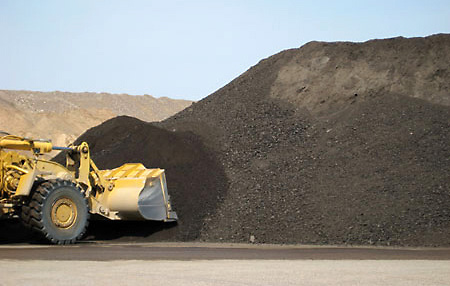 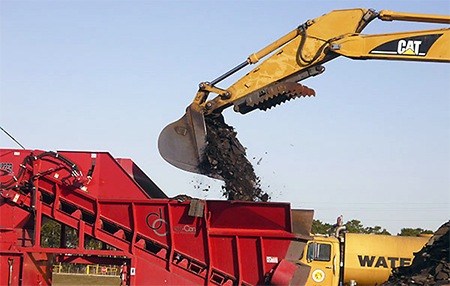 New WisDOT specifications in the works will help boost allowable levels of RAP (top) and RAS (bottom) in asphalt mixes. (Images courtesy of FHWA and shinglerecycling.org)

In the Fall 2013 issue [PDF] of Wisconsin Asphalt News, we discussed the benefits of asphalt mixes with increased levels of reclaimed asphalt pavement (RAP) and recycled asphalt shingles (RAS). The message: With the right engineering and attention, neighboring states are making this technology work.

We can now report that exciting developments are happening here in Wisconsin. A WisDOT special provision and pilot projects in 2014 and 2015 are part of a plan to raise allowable levels of recycled materials in WisDOT’s standard specifications.

Barry Paye, Materials Lab Supervisor for WisDOT’s Technical Services Section, explains the state’s stake in this approach to pavement construction: “WisDOT is committed to recycling as much material as we can. If we can use more reclaimed pavement and send fewer shingles to the landfill, it is good for the environment. The reduction in virgin materials will also save money, and that’s good for the traveling public and for WisDOT. Everybody wins.”

Paye says that WisDOT and the industry have worked together to outline some of the key considerations and concerns regarding high levels of recycled materials in pavements. “The work so far has supported the initiation of pilot projects so we can get a level of comfort with the techniques,” he says. Efforts include developing a special provision that raises the RAP limits for maximum allowable binder replacement from 40 to 50 percent for lower pavement layers and from 25 to 40 percent for upper layers. Other technical details in the provision effectively increase the ceiling on RAS by a few percentage points as well.

WisDOT plans three pilot projects in 2014, which are being let in the spring and will be underway this summer. “These pilot projects will help us test how far we can push the limits,” Paye says. “We expect to learn which processes are working and model good long-term pavement performance.” Based on findings from 2014, Paye expects WisDOT will tweak the special provisions for the 2015 pilot projects as it zeroes in on standard specification language.


Getting the technical details right

One of the technical issues discussed in our previous article on this topic was that of recycled binder stiffness. Reused binder is harder than virgin binder, and therefore higher levels of RAP or RAS must be mixed with softer virgin asphalt to achieve the specified performance grade.

“In the pilot projects, we’ll need to verify through testing that the final binder grade meets the specifica¬tion requirements,” Paye says. “That’s going to be more work for the contractor. But part of what we’re doing is verifying the blending tables so that such extensive testing won’t be required in the future.”

Part of the process for making high-RAP successful in Wisconsin is educating the stakeholders involved. In early March, representatives from the National Center for Asphalt Technology (NCAT) at Auburn University conducted a two-day educational session in Wisconsin. Participants included WisDOT staff as well as industry representatives. “The session was well-received,” Paye says. “There was a lot of good discussion and Q-and-A, and I think everyone involved in the pilot projects will have a better understanding of what we’re trying to do.”

Paye concludes, “I believe we have all the pieces in place and are on track for determining the right way to increase RAP and RAS.”

Pure Asphalt Company
Chicago , IL
https://www.pureasphalt.com/
Since 1927, we have developed, produced and supplied high quality coatings for the construction/building and automotive/transportation industries. We sell products under our own brands and also specialize in supplying custom specification private label products.